The Aguhon Awards recognizes Filipino men and women ‘who are based in their home countries, creating an impact that ripples throughout Asia’

MANILA, Philippines – Some men and women find themselves away from their homeland, but ultimately, choose to return and make a difference.

The Aguhon Awards honors these men and women who have found their way home. An “aguhon” is an ancient mariner’s compass, the world’s oldest navigation instrument.

“We wanted to honor those who are based in their home countries, creating an impact that ripples throughout Asia,” said Maoi Arroyo, head organizer of the Aguhon Awards held Tuesday, February 28, at the Asian Institute of Management.

This year’s awardees are Filipinos who have made an economic, social, or cultural impact on the country and have all either worked or studied overseas. Read on for a glimpse of the journeys of Nestor Tan, Gianna Montinola, Joey Ochave, and Maria Ressa. 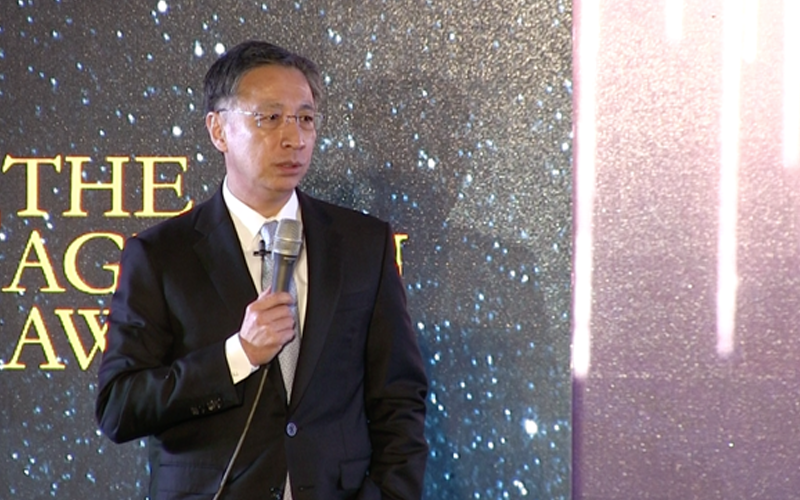 Tan stayed in the United States for 17 years, working for various banks there, and also stayed in Europe. It’s been 20 years since he returned to the Philippines, not to change the country for the better, he said, but for “selfish reasons.”Nestor Tan, president and chief executive officer of BDO Unibank, told the audience that there was nothing heroic about his story.

“I wanted to be close to my parents. I want my children to grow up as Filipinos as well. And lastly, I got tired of ironing my own shirts,” Tan said in his speech.

But he did make a huge impact – especially for thousands of employees all over the country. Under Tan’s leadership, BDO has grown to become the Philippines’ largest bank.

What’s his recipe for success? Tan shared the following insights: 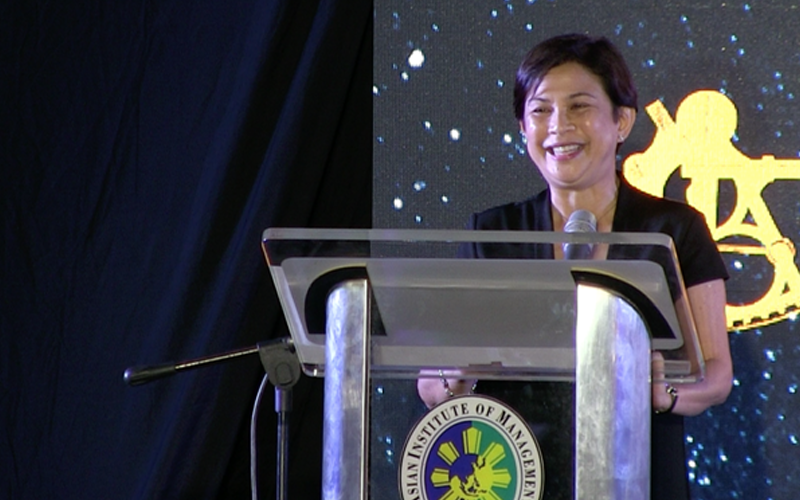 “I had no grand plan. I just learned to seize the opportunities that came my way and to make the most of my choices,” she said in her speech.Gianna Montinola has taken on many roles – lawyer, diplomat, business development manager, head of a non-governmental organization (NGO), and finally, an educator.

Opportunities did keep coming for Montinola.

After getting a college degree in the US, she came back to the Philippines to study law. She was a lawyer for a decade, focusing on intellectual property and commercial law.

“My days were filled with trademark, patent, and copyright registrations, research, meetings with clients, and believe it or not, conducting raids on retail establishments selling fake goods,” Montinola shared.

Her legal career was interrupted only when she was sent to Lima, Peru as an honorary consul. “Almost overnight I had to learn how to issue visas, attend to the needs of Filipinos, and organize cultural events. I had to study the ways of protocol, and liaise with my supervising embassy in Brazil and Argentina, and with the Peruvian Department of Foreign Affairs.”

When her tour of duty ended, Montinola joined the business development and marketing team of Brockman Life Corporation. “It was here where I learned about product quality, to anticipate what a customer wants, and to provide excellent service.”

She then felt she had to give back. She co-founded Hands On Manila, an NGO which now has 30,280 volunteers. Hands On Manila’s volunteers have helped 58,000 children, 2,000 senior citizens, 14 public schools, and 62 orphanages.

In 2004, she joined Far Eastern University (FEU) as a consultant for marketing and communication. “Responsibility to deliver service that would help change lives close to 32,000 students from middle- and lower-income families was a serious one,” she said.

It was in 2007 when Montinola co-founded PeaceTech, an NGO dedicated to peacebuilding through the use of information communications technology. Almost a decade later, PeaceTech has touched the lives of almost 40,000 people through its Global Classroom Program.

Montinola then returned to school and got her master’s degree from Harvard University’s John F. Kennedy School of Government, which she said was a “daunting experience for someone in her 50s.”

After graduating, Montinola chose to return to FEU where she became the vice president for corporate affairs.

“As a university, we are faced with the rapid, day-to-day changes of education. Resources like massive online courses… the internet… and the media which can instantly transport you to any part of the world. Many graduates will probably find employment in fields not related to the degree that they completed,” she said.

“These are the challenges we face today. There is still a lot of learning to be done.” 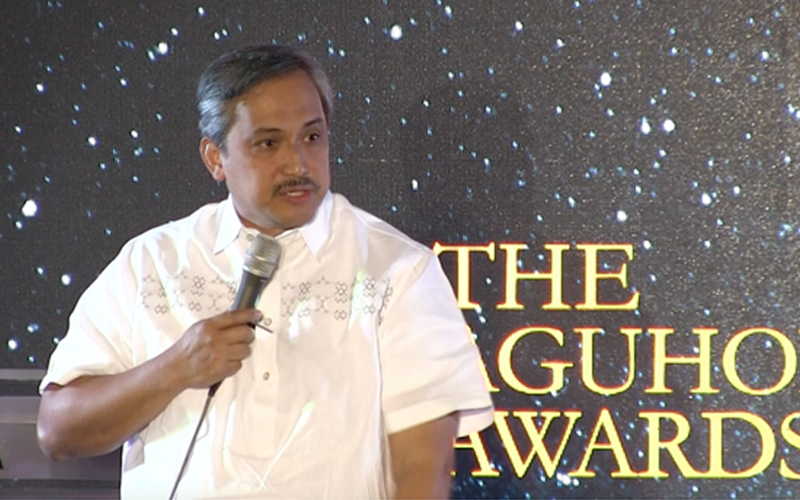 His journey started in 1978, in high school, when he read about the country’s history of resistance and joined the revolutionary movement. His early leadership days, he said, were during Martial Law when they fought the Marcos dictatorship. Everything he knows about marketing and management, he learned from his experiences then.Lawyer, chemical engineer, and Unilab senior vice president Joey Ochave said he had an unconventional path to leadership.

“We knew deep in our hearts that we were fighting for what is right, and we started before Ninoy’s assassination – before everyone wanted to be part of protest movements,” he said.

“What’s a more difficult item to sell to people than a revolution – asking them to stake their lives for something that is as intangible as freedom, human rights, and self-determination?”

After the EDSA People Power Revolution, Ochave made a move that he felt was “anathema to [his] comrades at the time” – he joined an American multinational company, Procter & Gamble (P&G). But then, it was where he also thought that he could do good.

Throughout his journey, Ochave was given many opportunities to travel the world. Yet ultimately, he chose to stay in the country and lead initiatives to deliver cheaper medicines to the public, such as RiteMed.

“We wanted to change the discourse from ‘bawal magkasakit kasi mahal ang gamot’ (you’re not allowed to get sick because medicine is expensive) to ‘bawal ang mahal’ (expensive is not allowed) because there is no reason for people not to afford medicine,” he said.

Ochave, like Tan, added there was nothing heroic about him. “We may look heroic in hindsight, but when we were anti-Martial Law activists, we were actually really scared. But it’s okay to be scared, because that’s the way to change the world.” 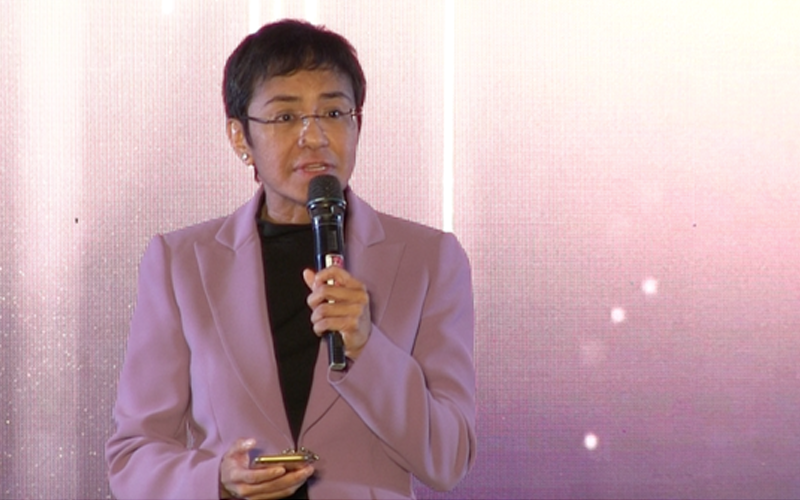 Ressa was born in the Philippines and moved to the US shortly before martial law was declared. Her first homecoming happened in 1986, when she also lived through her first cycle of history: the democracy movement that started in the Philippines and rippled across the world.Rappler CEO and executive editor Maria Ressa has witnessed different cycles of history as a journalist over the past 3 decades. She has also been through cycles of homecoming.

“While I was with CNN, it was an amazing and empowering time to be at the front seat and watch strongmen rulers give way to democracy. Such an amazing time,” she said.

Her second homecoming was in 2005, when Ressa finally chose to stay.

“My family was in the States largely, but in 2005, what changed? I turned 40. I thought I needed a sense of home. I hated flying into the Philippines and being a foreigner watching,” Ressa said.

In 2006, Ressa said she could still feel the full gatekeeping powers of traditional journalism. At the time, journalists had control over all information distributed through available platforms.

Ressa said it was in 2016 that technology changed countries, societies, governance, and democracies. “It began with Brexit, was followed by the election of Duterte in the Philippines, and of course, we ended it in November with the election of Trump in the United States,” she said.

And while social media has been used to get the wisdom of the crowd, it’s also where lynch mobs have increasingly launched attacks. “The first targets were institutions that became weaker. The second targets were individuals,” Ressa said. “We showed you how 26 fake accounts can actually influence and mislead up to 3 million Facebook pages. Only 26!” (READ: Propaganda war: Weaponizing the internet)

“It’s clear there is an effort to tear down institutions. We are trampling the rule of law. How can you say we’re not when more than 7,000 people have been killed in 7 months?” she added.

Where is the Philippines heading now? Ressa said it is time to recalculate. (READ: #InspireCourage: Our pledge)

“What’s clear is that information will again turn the world views. Question is, are we going to be satisfied with creating these echo chambers, or are we going to bridge? … This country really can’t move if it doesn’t come together,” she said.

“We don’t know where it’s headed. What I do know is that this is a primeval moment to be Filipino. It is also an amazing time to be a journalist.” – Rappler.com