Overseas Filipino workers, whose families were affected by the ongoing conflict between government forces and the Maute terror group in Marawi City will receive assistance from the Overseas Workers Welfare Administration.

“The calamity component involves cash assistance amounting to P3,000 for active members and P1,000 for inactive members,” Cacdac said, adding that OWWA Region 10, the agency tasked to do the distribution, is now evaluating the number of beneficiaries, who will qualify for cash assistance.“Our Region 10 director is on the ground in Iligan and Cagayan de Oro, determining the amount to be given to the beneficiaries. Distribution will happen in the coming week,” Cacdac said.

The Department of Labor and Employment earlier said it will provide livelihood aid to workers, displaced by the ongoing crisis.

Some residents of Marawi City, including families of OFWs voluntarily evacuated their homes last week and went to nearby cities like Iligan and Cagayan de Oro after members of Maute terror group raided their hometown.

In response to the attack, President Duterte declared martial law in Mindanao and ordered the Armed Forces of the Philippines and the Philippine National Police to intensify counter offensives against the Islamic State-inspired group. 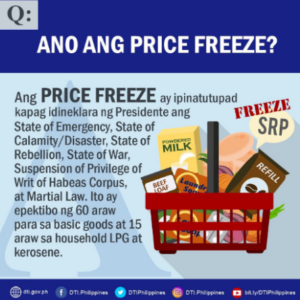 Duterte wants to reopen economy in a few weeks, but says he’s in a ‘quandary’

Government in no rush to end Luzon lockdown